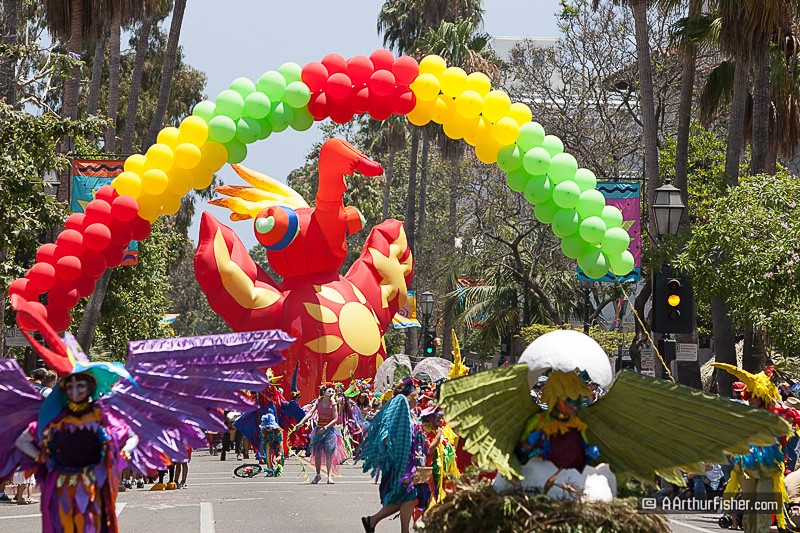 Summer Solstice Parade began in 1974, as a birthday celebration for a popular artist and mime named Michael Gonzales. In subsequent years, their parade joined forces with a Summer Solstice Music Festival coordinated by Michael Felcher, sponsored by The Santa Barbara Museum of Art, staged at the Sunken Gardens to celebrate the longest day of year.

The Parade and Festival is the largest arts event in Santa Barbara County, drawing crowds of over 100,000 spectators from around the world. From these humble beginnings arose a celebration of life which, is like no other.

Today, the Summer Solstice Celebration has evolved into creative and original display of floats, giant puppets, whimsical costumes and masks of more than 1,000 parade participants, of all ethnic and economic backgrounds. There is dancing, music, drumming and drama that enthralls the spectators. Each year there is an annual artistic competition for the Solstice T-shirt and Poster design that is sold as a fundraising vehicle for the event. Visit our Solstice Store or Poster Gallery today to purchase T-shirts and posters.

The Festival in Alameda Park grew from the earlier gatherings at the sunken gardens of the County Courthouse. When the number of people outgrew the size of the courthouse the event was moved to Alameda Park. The Alameda Park is where everyone can enjoy a wonderful eclectic collection of live world music including famous local groups, food, arts and crafts. On Saturday only is a special free children’s festival and a DJ area for dancing and enjoying techno music and a large drum circle keeps the beat going all afternoon. The festival now opens on Friday afternoon, which is like the “evening events of years past.” It’s a special evening, showcasing local talents with music, dance, performances. Some of the parade ensembles are featured as well as all of the food booths, arts and crafts vendors. As a 501(c)3, nonprofit, community organization, the Summer Solstice Celebration group is responsible for carrying on Michael’s delightful, multicultural performing arts celebration, and ensuring an extravagant celebration of life through art for many years to come. 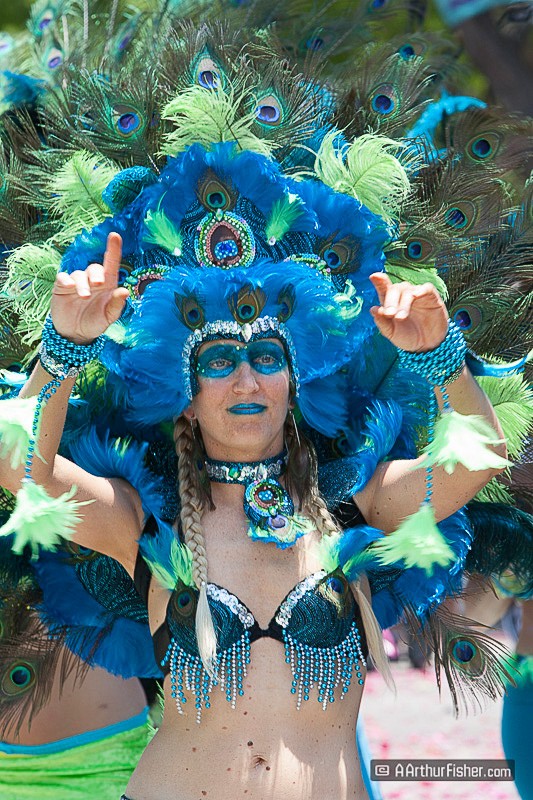 For image licensing information, please contact A. Arthur Fisher. This website is not affiliated with the Summer Solstice Celebration non-profit organization.